Mr. Naga Manju Mogaveera aged 49 years and based in Mumbai, have been gained tremendous experience in canteen facility at various sector of Corporate, Industrial, College/Schools and Hospitals, etc.

Mr. Naga N. Mogaveera is originally from Karnataka district kundapur Koteshwara village, and pursuit towards learning of hospitality among corporate sector, however post of graduation degree, he moved to Metro city Mumbai Maharashtra, wherein he secured basic job in ONGC (Oil and Natural Gas Company) in the same field of canteen and its services after having worked in ONGC nearly about 7 plus years he got set up his own kitchen in same city of Mumbai Maharashtra and by his own ability, innovations, he improved in a rapid time slot himself.

During year 2001 April 01st Manju got formed his own proprietorship firm and titled as “SHREE NIDHI FOODS AND HOSPITALITY”.

In an excellence services rendered at client location at ICICI bank and CALYX CHEMICALS PHARMA CEUTICALS LIMITED, however both companies have certified us while appreciating on their company letter head.

A proven hard working Commerce Graduate Fromm St. Xaviers College Mumbai in year 1995. Having with intellectual integrity towards client and with working staff, Mr. Naga Mogaveera has proved great services even though bad circumstances takes place, Its been appreciated from client that during heavy rain in Mumbai or any reason Mumbai called BANND. However Shree Nidhi Foods & Hospitality has made arrangement of food and prior ensured BCP (Business Continuity Plan) at running cafeteria.

He is a personality who has great emotions towards human beings and he believes equality in gender and that’s his MOTTO “WE CARE FOR PEOPLE”. 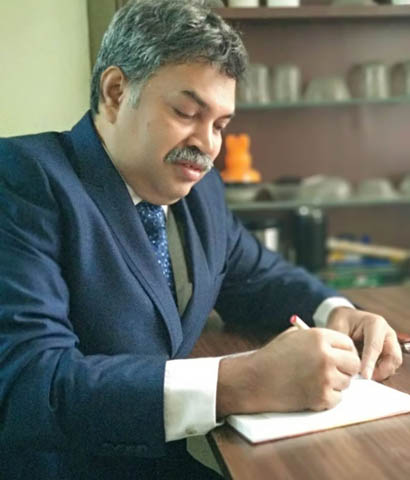